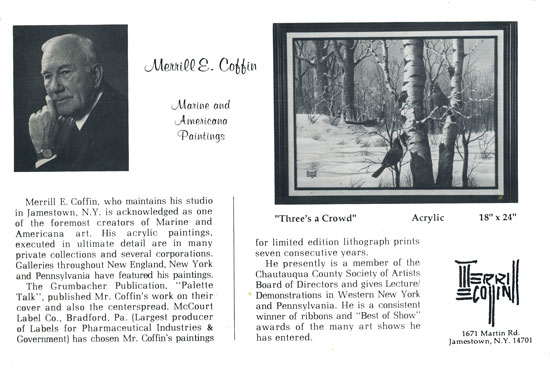 Merrill E Coffin who maintains his studio in Jamestown, N.Y. is acknowledged as one of the foremost creators of Marine and Americana art. His acrylic paintings, executed in ultimate detail are in many private collections and several corporations. Galleries throughout New England, New York and Pennsylvania have featured is paintings.

He presently is a member of the Chautauqua County Socity of Artists Board of Directors and gives Lecture/Demonstrations in Western New York and Pennsylvania. He is consistent winner of ribbons and “Best of Show” awards of the many art shows he has entered.